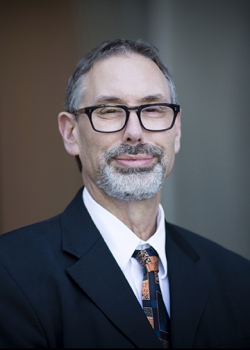 Dr. Melnick continues to have overall responsibility for the medical direction of the department, including controlling and preventing communicable disease, protecting the community from environmental hazards and working with the medical community to promote health and address chronic diseases such as asthma, diabetes, obesity, and preventable cancers.

Dr. Melnick previously served as Health Officer for the Cowlitz-Wahkiakum Health District (1989-1991), Washington County, Oregon (1990-1996), and Clackamas County, Oregon (1996-2006). In addition, Dr. Melnick was Director of the Joint Family Medicine/Preventive Medicine Residency at Oregon Health and Science University (OHSU) (1996-2006), and Director of Research for the OHSU Department of Family Medicine (2004-2006).

From 1991 to 1996, Dr. Melnick was a member of the Executive Committee of the Oregon Conference of Local Health Officials, serving as Vice-Chair from 1998-2006, he served on the Board of the National Association of County and City Health Officials (NACCHO) from 2005-2006, and was a Charter member of the Community Level Health Promotion Study section (CLHP) of the National Institutes of Health from 2006-2010.   In 1994, Governor Roberts appointed Dr. Melnick to the Oregon Governor's Council on Alcohol and Drug Abuse Programs, where he served until 2002, including two years as Chair (1999-2001). Locally, from 2007-2016, Dr. Melnick was a member of the Board and Executive Committee of the Free Clinic of Southwest Washington and from 2011-2016, Board Member for the SW Washington Regional Health Alliance.

Dr. Melnick is a 1993-94 Scholar in the National Public Health Leadership Institute and past Chair of its alumni association, the Public Health Leadership Society (PHLS). As a member of the PHLS Ethics Work group, he has participated in the development and dissemination of the Public Health Code of Ethics. His research interests and publications include community-based participatory research, family planning, chemical dependency and geographic information system applications in public health. In 2002, he published "Introduction to Geographic Information Systems in Public Health" (Jones and Bartlett publishers) and in 2008 he published "Biological, Chemical and Radiological Terrorism: Emergency Preparedness and Response for the Primary Care Physician" (Springer Publishers). His latest book, written in collaboration with three other authors, Essentials of Public Health Ethics (Jones and Bartlett publishers) was published in early 2014.

Administrative Services Director
Jeff Harbison oversees the department’s financial and administrative services. He has worked at Clark County Public Health since 1998. Jeff was born, raised and educated in Clark County. He earned a BA in business administration from Washington State University-Vancouver after receiving an AA in accounting from Clark College.  He serves on the Board for the Washington Amateur Softball Association and Clark County Children’s Sharing Project.

Environmental Public Health Director
Brian Schlottmann oversees the environmental public health programs which ensure Clark County residents have access to safe food and water and are protected from exposures to hazardous agents in environmental settings that may adversely affect human health.  Brian discovered his passion for community service would lead to a career in Public Health while at George Washington University where he received a MPH in program planning and evaluation with an emphasis in epidemiology.

Investigation and Response Director
As Investigation and Response Director, Roxanne Wolfe ensures the delivery of effective services and programs that improve the health of Clark County residents.  Roxanne joined the department in January, 2015. She previously worked as a Health and Wellness Consultant and Health Benefits Administrator, overseeing development and implementation of health and wellness programs and health education for more than 8,000 employees and dependents.
She has a MPH from Loma Linda University and an MPA from California State University.