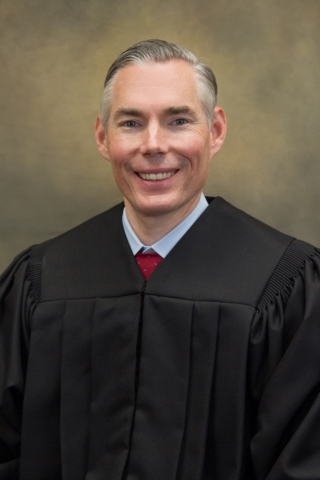 Judge Smith moved to Washington in 2004 after growing up in Appalachia and the Gulf Coast. He graduated from Mississippi State University with a degree in Sociology and later received a law degree from the University of Mississippi School of Law. Judge Smith began his legal career as a law clerk for the Chelan County Superior Court. Afterward, he served as a Deputy Prosecuting Attorney for Cowlitz County and then Clark County, prosecuting primarily major cases such as homicides and sexual assaults. Prior to being appointed as a District Court Judge in 2021, he was serving as a Senior Deputy Prosecutor and Team Leader for the child abuse prosecution unit.

Judge Smith previously served as a Hearing Officer for the Washington State Bar Association and is an active member of the George & Donald Simpson Inns of Court. He was recognized in 2018 as Trial Lawyer of the Year by the Clark County Bar Association. Judge Smith enjoys participating annually as a rater or judge for the YMCA Mock Trial competition.