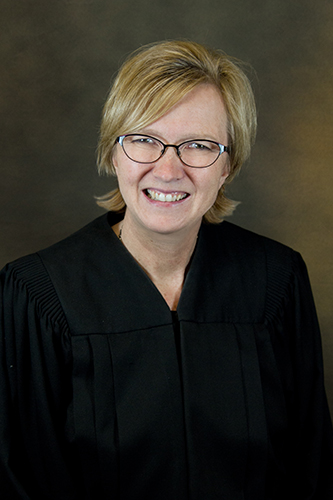 Judge Osler is a lifelong Washington state resident.  She graduated from the University of Washington with a degree in Society & Justice and subsequently received her law degree from the University of Puget Sound.  Until her appointment to the District Court bench, Judge Osler served as a Deputy Prosecuting Attorney for 13 years with most of her practice focused on prosecuting major crimes and child abuse cases.

She was hired as a District Court Commissioner in 2005.  In 2010, she was the first female appointed as a District Court Judge in Clark County.  In addition, Judge Osler has served as past President, Vice President and current member of George & Donald Simpson Inns of Court; taught Street Law at local area high schools, participated annually as a rater and/or judge in the YMCA Mock Trial competition and worked as a member of the Clark County Corrections Facility Advisory Commission.  Judge Osler was elected by her bench mates as Assistant Presiding Judge from 2014-2016 and Presiding Judge from 2016-2022.