Parkersville (also known as Parkers Landing National Historic Site and Parkersville Landing Historic Park) is located off State Route 14 on the Columbia River in Washougal, WA. It is located adjacent to the Camas-Washougal Port Authority at 24 S A Street, Washougal, WA, 98671 and Marina Park.

The site has figured prominently in the state’s history from the time before European contact to the development of the southeast Clark County area. Native American artifacts have been found in the Camas-Washougal area on and nearby Parker’s Landing Historical Park. The site was added to the National Register of Historic Places and the Washington State Heritage Register in 1976 based on its archeological value and its association with the Chinook-speaking Native Americans of the area. It was added to the Clark County Heritage Register in 2019.

British explorers led by Lt. William Broughton were the first documented Europeans to visit the area in 1792. Lewis and Clark later explored the area in 1806. Parker’s Landing Historical Park commemorates David C. Parker, on whose Donation Land Claim this site is located.

David C. Parker was the first permanent American settler in Clark County. In 1854, Parker built a small dock (Parker’s Ferry/Parker’s Landing) on the Columbia River to accommodate river boats and platted the town of Parkersville. Parker died in 1858 and is buried somewhere in the vicinity of the site. Lewis Van Vleet was assigned as administrator of his estate. Van Vleet auctioned off half of Parker’s claim and eventually purchased 210 acres and platted an addition to Parkersville to allow for more growth. However, following challenges regarding property titles in Pakersville in the late 1870’s, development in Washougal boomed as Parkersville went into decline.

The Van Vleet family history at the Parkersville site continued from 1858 to 1978 with two more generations of the family. Dr. Louisa Van Vleet Wright (the daughter of Lewis Van Vleet) was the first woman doctor in the Camas/Washougal area.

View the Port of Camas/Washougal Web site for more information. 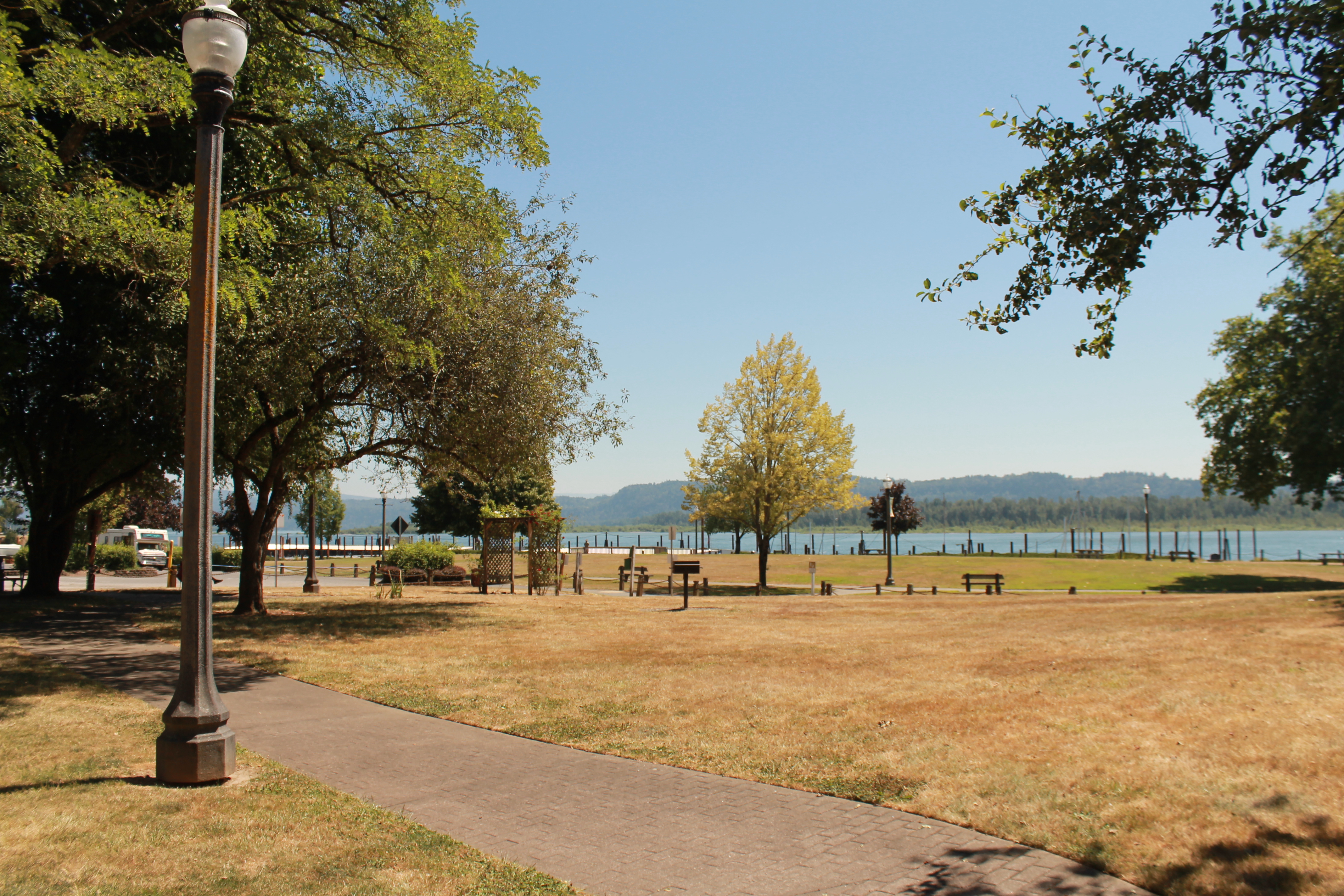 Did you know?
David Parker was the first permanent American settler in this area.
Built
Circa ~ 1845
Open to the public
No
Location