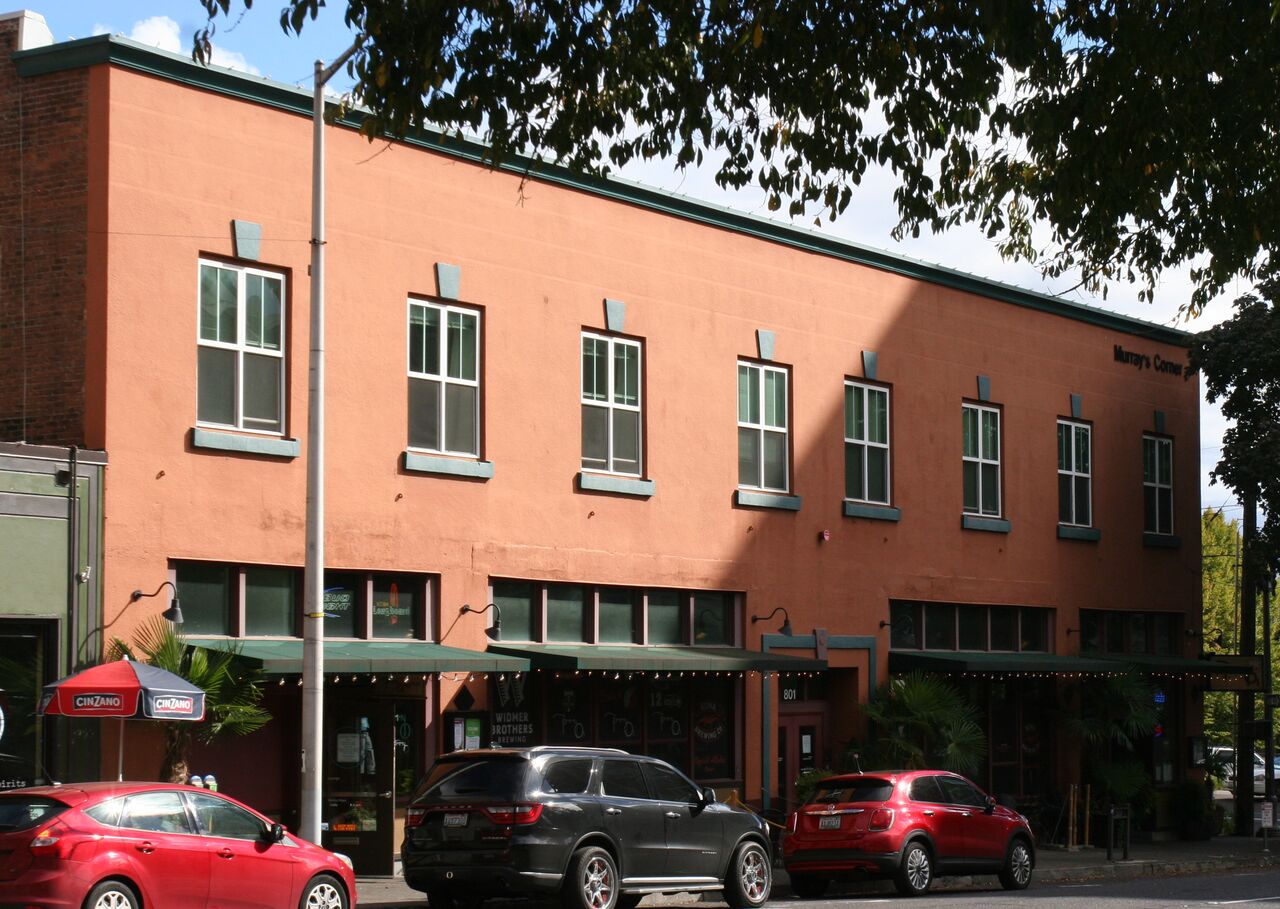 The Sedgwick Building/Murray’s Corner 1907 Building is situated in downtown Vancouver, Washington at the northeast corner of 8th and Washington streets. The building derives significance from its association with Dr. Isabel Sedgwick, a female physician at a time when few women were credentialed in this field. It is also a rare example for its circa 1907 date of construction. The building has played a long-time role in the commercial life of downtown Vancouver.

The two-story rectangular building is a typical 1900’s commercial building, constructed of non-reinforced brick manufactured by the Hidden Brick Company and laid in common bond.  When first built, the first floor contained the Sedgwick Sanatarium, a grocery, two offices and a café. The second floor Star Hotel had nine units and a shared bathroom. The building remained largely intact for more than 90 years. In 2001, a fire which began on the first floor resulted in extensive damage to the interior of both floors, but the exterior remained intact.

Dr. Isabel Sedgwick (1870-1924) achieved an extremely high level of formal education for a woman of her time. Sedgwick was licensed to practice medicine in Washington, Oregon, Iowa, and Colorado, and began her practice in Vancouver in 1899. In April, 1903, Sedgwick bought the subject property and immediately sold it to her mother. By 1910, Sedgwick owned the property outright. The 1905 Lewis and Clark Exposition in Portland focusing national attention on the region, the 1908 completion of both the north-south Spokane, Portland, and Seattle rail line bridge across the Columbia and the east-west rail line to Pasco, and the gradual installation of the Vancouver streetcar, were all major factors in encouraging economic development of downtown Vancouver.

Did you know?
The building is associated with Dr. Isabel Sedgwick, a female physician at a time when few women were credentialed in this field.
Built
1907
Open to the public
No
Location