The Vancouver National Historic Reserve brings together a national park, a premier archaeological site, the region’s first military post, an international fur trade emporium, one of the oldest operating airfields, the first national historic site west of the Mississippi River, and a waterfront trail and environmental center on the banks of the Columbia River. The Reserve is considered the premier historic archaeological site in the Pacific Northwest, with no less than nine recorded archaeological sites, many of which are also on the National Register.

The partners of the Reserve teach visitors about the fur trade, early military life, natural history, and pioneers in aviation, all within the context of Vancouver’s role in regional and national development. The Reserve’s vast array of public programs – including living history events, festivals, cultural demonstrations, exhibits, active archaeology, and other special activities – create a dynamic, fun, and unique tourist destination for people of all ages.

Yes. Firehouse No. 12, and a glass art gallery and studio are located here.

The Reserve is bounded by Evergreen Boulevard on the North, I-5 on the West, the Columbia River on the South and East Reserve Street on the East. 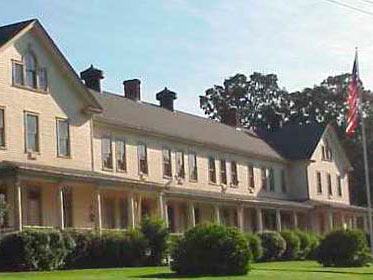 Did you know?
The Reserve is considered the premier historic archaeological site in the Pacific Northwest.
Built
Reserve established 1996. Buildings date back to 1849.
Open to the public
No
Location