The parcels have several mineral interests. In 1985, International Paper Company, as owner of both the surface and the minerals, conveyed the subject property to IP Timberlands Operating Company, reserving all minerals and minerals rights, including sand, gravel, aggregate, and other mined or quarried stone or rock materials, together with full rights of access and use of the surface for mining, including open pit, surface or strip mining. The applicant, Granite Construction, is leasing the rights to mine the site from BRP, LLC, a wholly owned subsidiary of Natural Resource Partners (NRP).

Counties planning under the Growth Management Act (GMA) are required to identify, designate, and protect mineral resource lands that are not already characterized by urban growth and that have long-term significance for the extraction of minerals [RCW 36.70A.170]. Clark County adopted a SMO map, code standards and mineral lands policies in 1994.

In 2009, the Washington Legislature amended RCW 36.70A.170 and provided additional guidelines for classifying and designating mineral resource lands.

In 2011, the Board of County Commissioners appointed a Mineral Lands Task Force to make recommendations to the SMO map, comprehensive plan policies and development standards based on the new inventory map and GMA regulations. The task force did not make a recommendation to include the parcels that are part of this request. They did make a recommendation to add a parcel of about 30 acres that abuts the Chelatchie Rock quarry, however that quarry’s permit was terminated by the Department of Natural Resources. 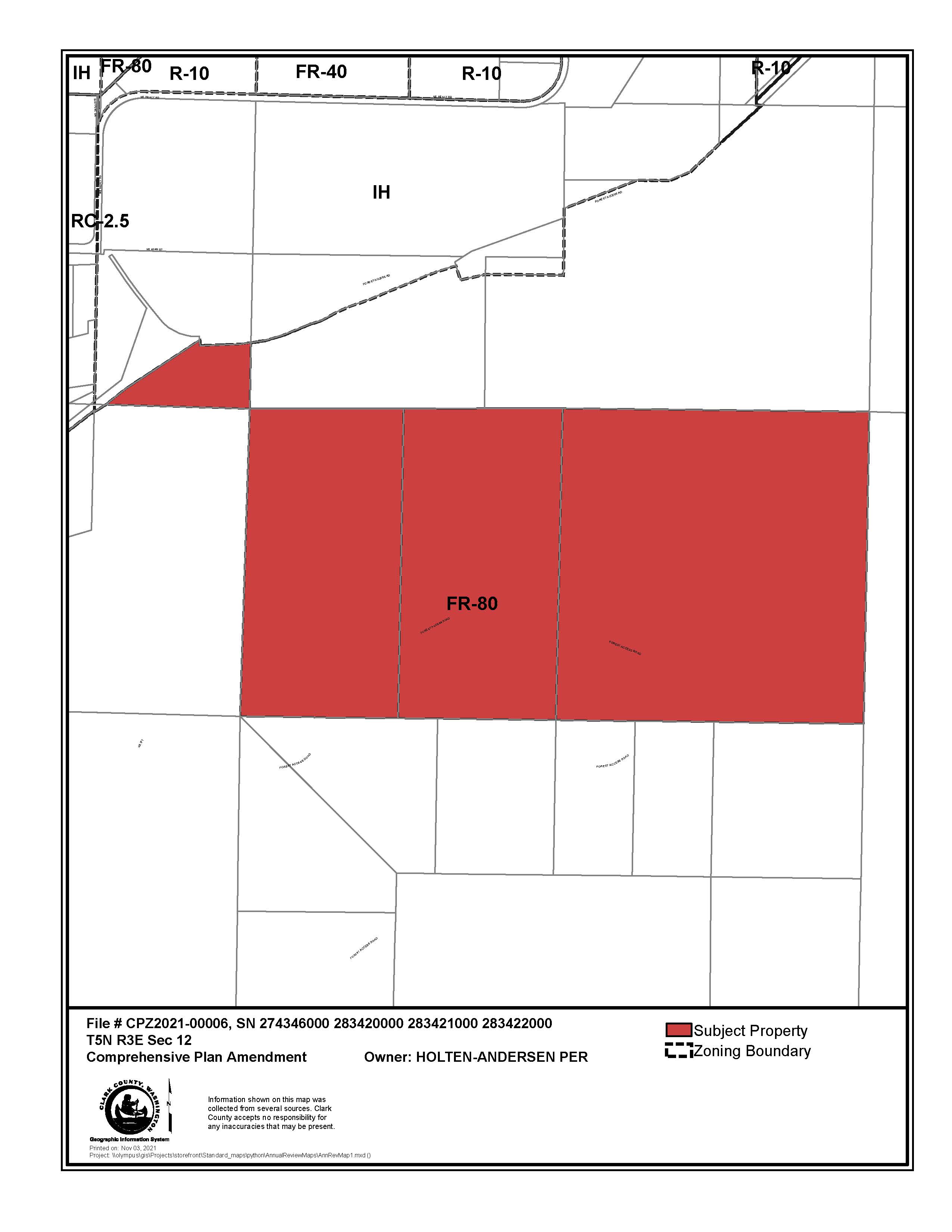 Meeting information and project materials will be posted here.

March 15, 2022 at 10 a.m., County Council SEPA appeal hearing via Webex with CVTV live streaming - Please visit the County Council meeting page for info on how to participate in the hearing.

This hearing is on an appeal filed on the project's SEPA Determination of Non-Significance.

March 15, 2022 at 10 a.m., County Council hearing via Webex with CVTV live streaming - Please visit the County Council meeting page for info on how to participate in the hearing.

This hearing is on the comprehensive plan land use amendment request.

Jan. 19, 2022 at 9:00 a.m., County Council Work Session via Webex - Please visit the County Council meeting page for info on how to participate in the hearing.