This is our shot. Get the COVID-19 booster. Learn More > 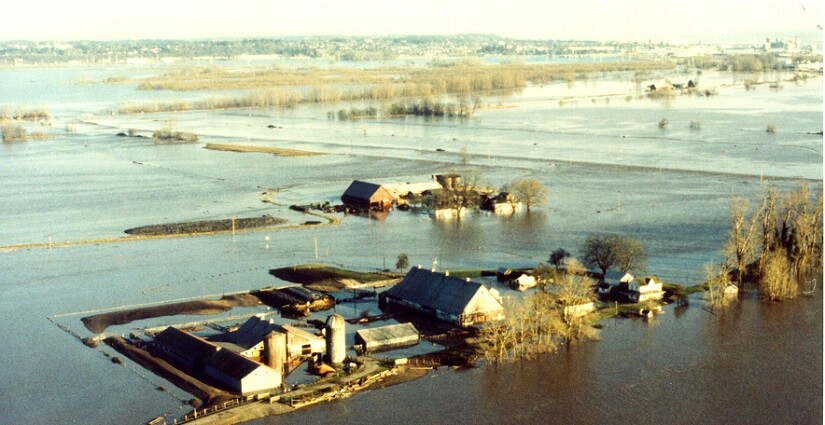 Flooding near Vancouver Lake in February 1996.

Clark County’s last big flood occurred in February 1996. Extended rainfall and early snowmelt, triggered by an influx of warm, wet weather known as the "Pineapple Express," caused many rivers and creeks to flood.

Overall damage to Clark County businesses, residences and infrastructure was estimated to be $25 million.

The February 1996 flood was the most recent major flood in county history, but there have been other significant floods during the past 100 years.

In December 1964, heavy snow followed by unusually warm temperatures and torrential rain triggered what became known as the Christmas Flood of 1964, which caused $430 million in property damage and killed 47 people across a four-state region. The Columbia River crested at 27.7 feet on Dec. 25, 1964, the sixth highest on record.

The river’s crested at 31 feet on June 13, 1948, the second highest on record, two weeks after the start of the Vanport Flood. The flood deluged the now-abandoned community of Vanport with as much as 10 feet of water. Vanport, which at the time was Oregon’s second largest urban community, was destroyed and 15 people were killed.