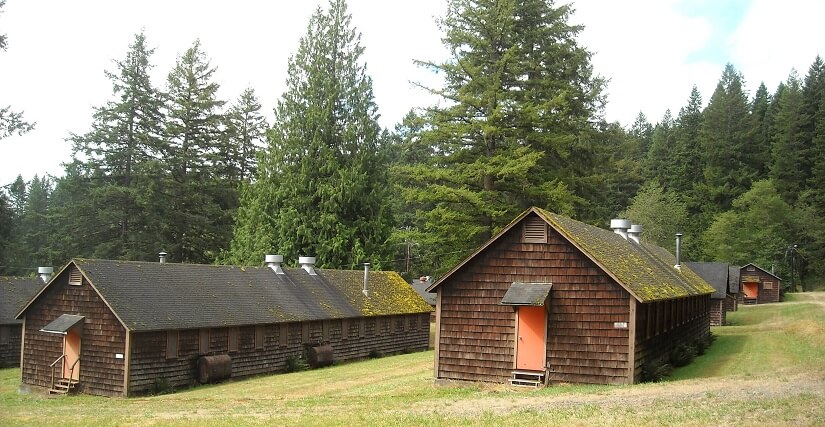 Camp Bonneville is located in the foothills of the Cascade Mountains about seven miles north of the Columbia River. It was established in 1909 as a drill field and rifle range for Vancouver Barracks and was used primarily as a training camp for various branches of the military for 85 years. The property is largely undeveloped; more than half of its six square miles is forested.

Clark County is working with the U.S. Army and the Washington State Department of Ecology to clean up the site so a portion of it ultimately can be used by the public. The work includes searching for and removing munitions or explosives of concern left over from decades of military training. 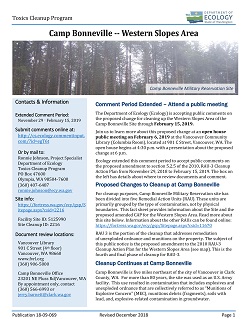 The Washington State Department of Ecology is seeking public comments on a proposed change to the cleanup action plan for Camp Bonneville.

The proposed change is for the Western Slopes, the area generally west of Lacamas Creek on the 3,840-acre property. (See map at the bottom of this page.) The area slated for clearance would be reduced from 425 acres to 194 acres.

More information, including how to submit comments, can be found in the state's four-page handout (PDF).

The U.S. Army has agreed to provide an additional $7.18 million to clean up 100 acres surrounding former hard targets in the Central Impact Target Area. The target area will be expanded by about 100 acres, and a new access road constructed.

This is the latest in a series of amendments to the project's Environmental Services Cooperative Agreement to allow additional funds for Camp Bonneville's cleanup. Below are some staff reports from previous amendments. 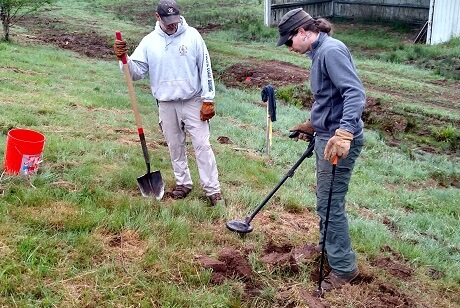 Searching for munitions at Camp Bonneville. 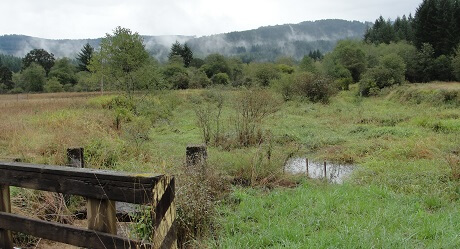 In June 2012, Weston Solutions resumed the cleanup at Camp Bonneville. One month earlier, Board of County Commissioners approved a $7.6 million agreement with the international company that operates from 60 locations, including Seattle and its headquarters in Pennsylvania.

Clark County sought a new contractor and accepted ownership of the 3,840-acre former military post in 2011 after the U.S. Army agreed to provide the funding for the next phase of the cleanup, with the understanding that additional funding will be needed to complete all work at the site.

Federal funding agreements shield the county from financial responsibility for the cleanup. The county will need additional funding from the Army to complete all work at Camp Bonneville. 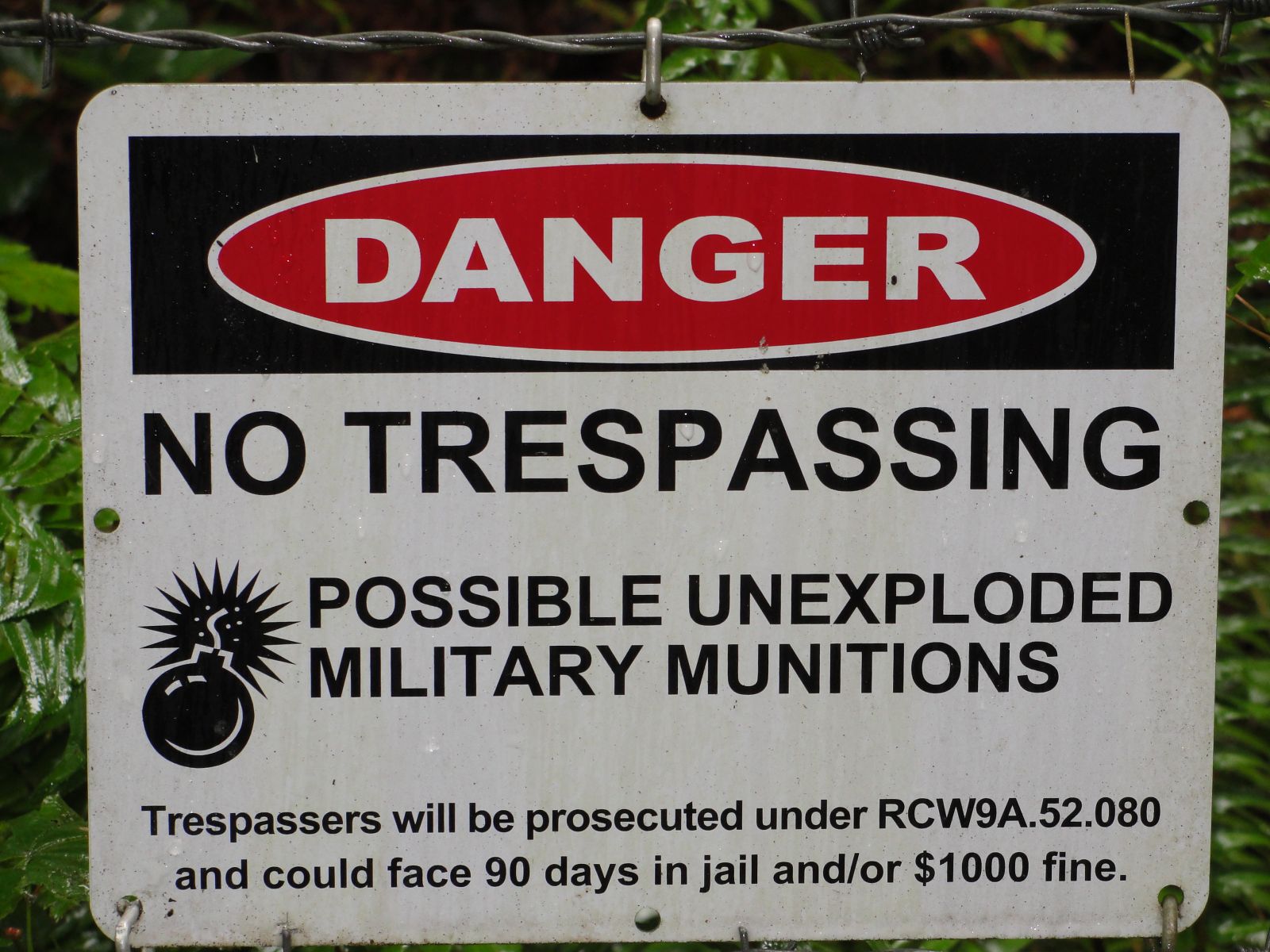 For more than a decade, Clark County consistently has said Camp Bonneville will not open for public use until the property has been cleaned up.

For this reason, Camp Bonneville remains closed. A perimeter fence surrounds the site because of the danger posed by unexploded ordnance after decades of military training. Hundreds of munitions of explosive concern have been located and, in some cases, detonated, but an unknown number remain.

Warning signs have been placed at gates, along the perimeter fence and at various spots inside the site. These signs mean precisely what they say. For your own safety, please do not trespass on this property.

Since the U.S. Army closed Camp Bonneville in 1995, the 3,840-acre property has captured the imagination of hikers, equestrians, parks planners, wildlife enthusiasts, campers, Native American groups and many others.

After the Army closed the facility along with several others nationwide, the property was selected for transfer and reuse by the Base Realignment and Closure Commission.

On October 3, 2006, after 10 years of dialog and negotiation with the Army and the state Department of Ecology, the Board of Clark County Commissioners accepted transfer of property ownership from the Army to the county.

The county then transferred ownership to the Bonneville Conservation Restoration & Renewal Team LLC, an organization that for several years managed a team of contractors with expertise in removing hazardous waste and unexploded ordnance.

In 2011, the county accepted ownership of the property after the Army agreed to provide additional funding for the cleanup that is far more extensive and expensive than preliminary estimates. 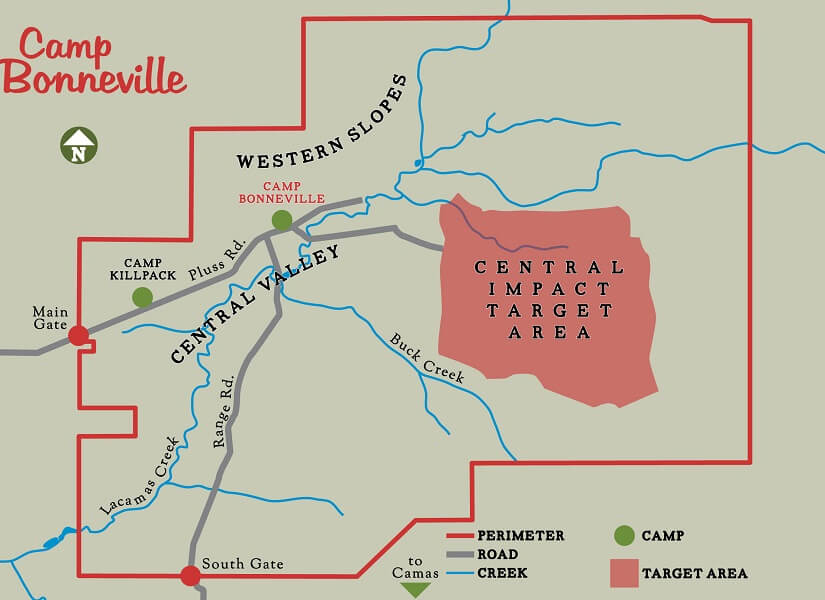