Clark County and the city of Vancouver offer disposal coupons that allow residents to drop off up to 5 cubic yards of leaves for no charge at one of four locations, typically from October 1 through December 31.

Clark County residents should never blow, rake or sweep leaves and other debris onto streets, where they can block storm drains, cause flooding and create driving hazards.

Intentionally blowing, raking or sweeping leaves and other debris onto county roads is littering and violates county code. 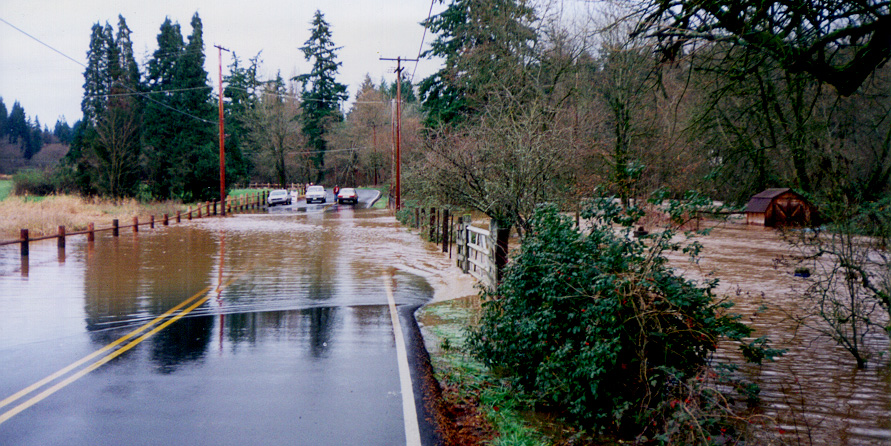 To help prevent flooding on neighborhood streets with relatively light traffic, residents can clear clogged storm drains by standing in a safe place and using a rake or other garden tool to pull leaves and other debris from the path of flowing water.

Residents should not try to clear storm drains on busy streets. Call Clark County Public Works at 564.397.2446 to report clogged storm drains or flooding outside of city limits.

When in doubt, play it safe and report problems to Clark County Public Works.

Road closure signs and barriers are put up to protect public safety during flooding.