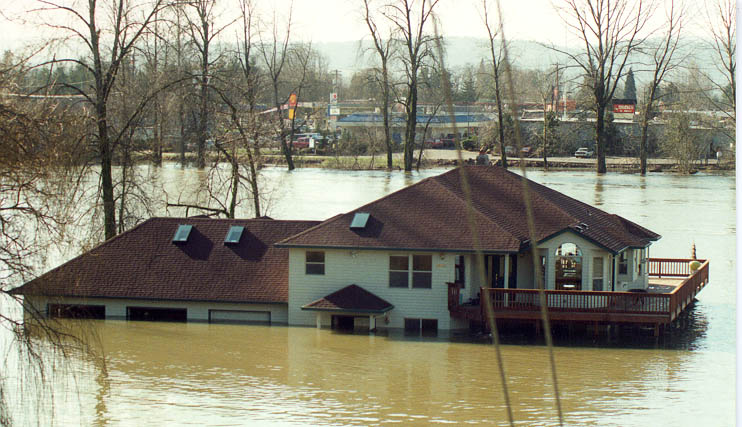 A home near Woodland during the February 1996 flood.

Flooding is the nation’s most common and costliest disaster. Ninety percent of all U.S. disasters involve some flooding.

During the past 30 years, flooding in the U.S. has killed an average of 82 people a year and caused $7.96 billion a year in property damage.

Flood advisory - be aware: A flood advisory is issued when flooding is not expected to be significant enough to justify issuing  a flood warning. However, flooding could threaten life and property if residents do not exercise sufficient caution.

Flood watch - be prepared: A flood watch is issued when conditions could lead to flooding. Residents should be prepared for flooding that may occur, including being ready to evacuate quickly.

Flood warning - take action: A flood warning is issued when flooding is imminent or already has started.

Before, during and after flooding

Residents, particularly those living in flood-prone areas, should review the following:

If you must walk or drive in flooded areas: