About the Swim Beach Program 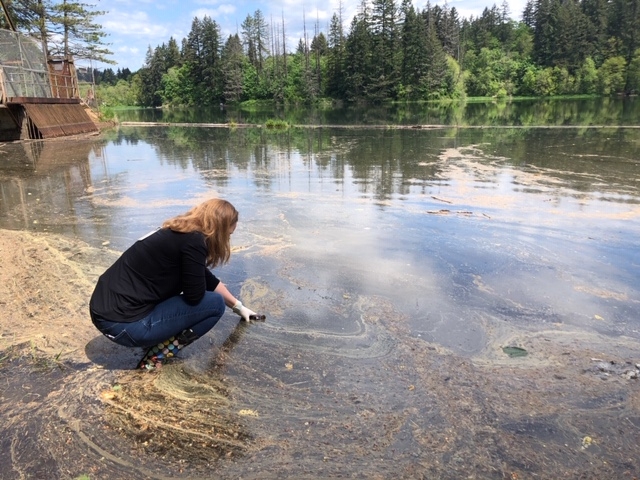 The Clark County Public Health Swim Beach Monitoring Program protects public health by providing timely and accessible information on water quality (E.coli and algal toxins) at selected designated swimming beaches and other natural waterbodies. We work with lake managers and parks departments to post signs during unsafe conditions to notify users and provide recommendations for recreation. Weekly newsletters are issued during the summer with  the latest advisories and information on how to protect yourself and family from potentially hazardous conditions.

Our E.coli monitoring program began in 2001 after an E.coli outbreak in 1999 at Battle Ground Lake resulted in 37 illnesses with several children developing hemolytic-uremia syndrome, a serious side-effect of E.coli.  Since then, Clark County has had several outbreaks of gastrointestinal illness attributed to recreating in natural bodies of water in Clark County.

We routinely monitor for E.coli at Designated Swimming Areas. These are swimming beaches that encourage swimming and other full body recreation along with having a swimming area separated from boat traffic to protect people in the water. Areas that are not routinely monitored are those that do not have a designated swimming area OR are not safe for swimming due to swift currents and other potentially unsafe conditions (e.g. Beaches along the Columbia River).

Clark County has monitored harmful algal blooms at several waterbodies in Clark County including Vancouver, Lacamas, and Round Lake. These waterbodies have been known to have algal blooms across multiple years dating back as far as the 1960s for Vancouver Lake . In 2005, the Washington State Legislature established funding for the Freshwater Algae Control Program that allowed local health jurisdictions to submit water samples for testing and created recreational water quality standards for algal toxins. We rely on reports from the public to notify us of algal blooms. These are sampled weekly when a harmful algal bloom is present to monitor for toxicity. Advisories are issued as needed based on sample results three days from when the sample was collected.