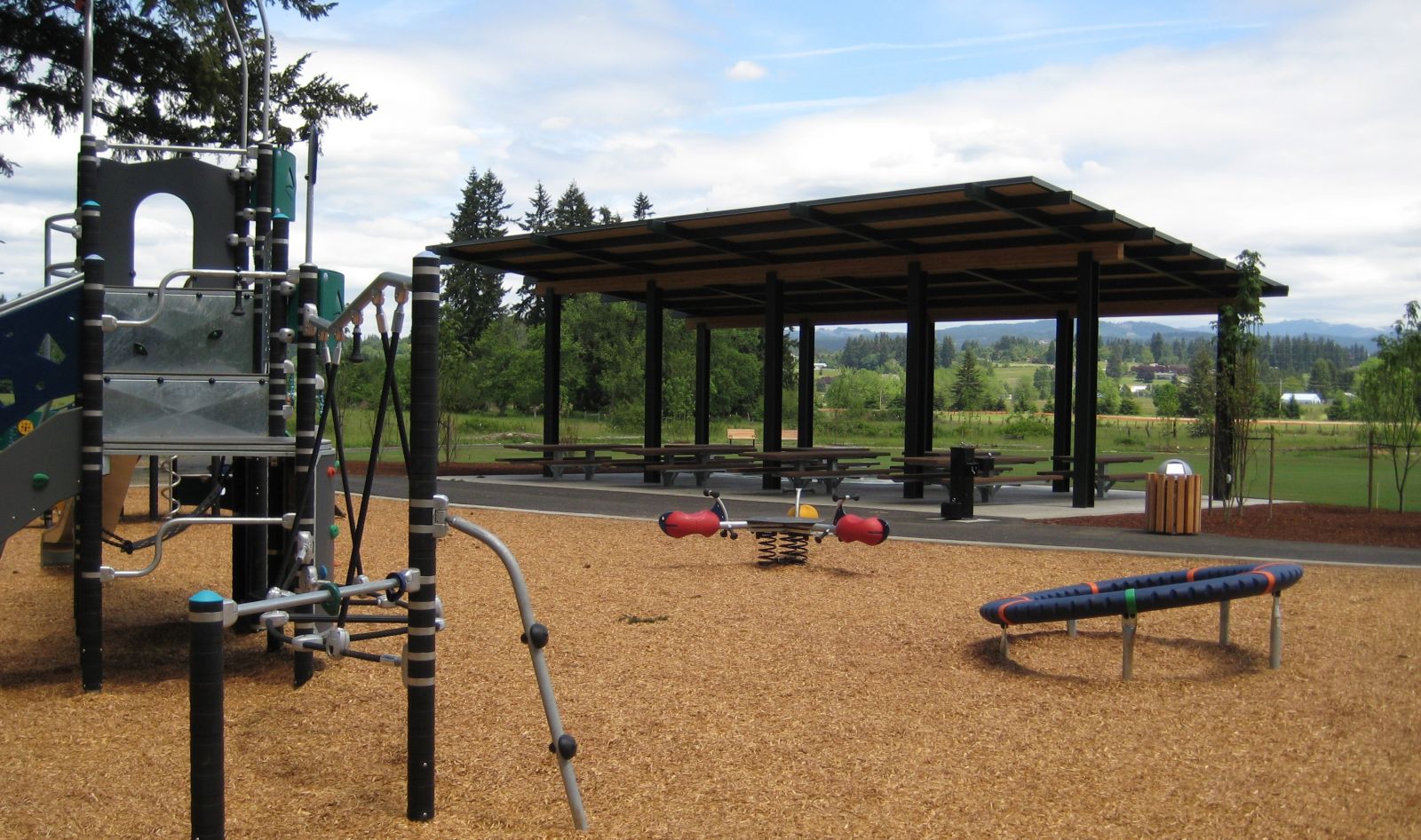 Approximately 70 acres of this 240-acre park were developed in 2008-09 as part of the Greater Clark Parks District program.

VIRTUAL OPEN HOUSE
Thank you to everyone who joined us at our open house! The open house was held virtually on Wednesday, February 23, 2022.

To watch a recording of the virtual open house, click on the link below.
[video: https://youtu.be/smqXS54ueQY] 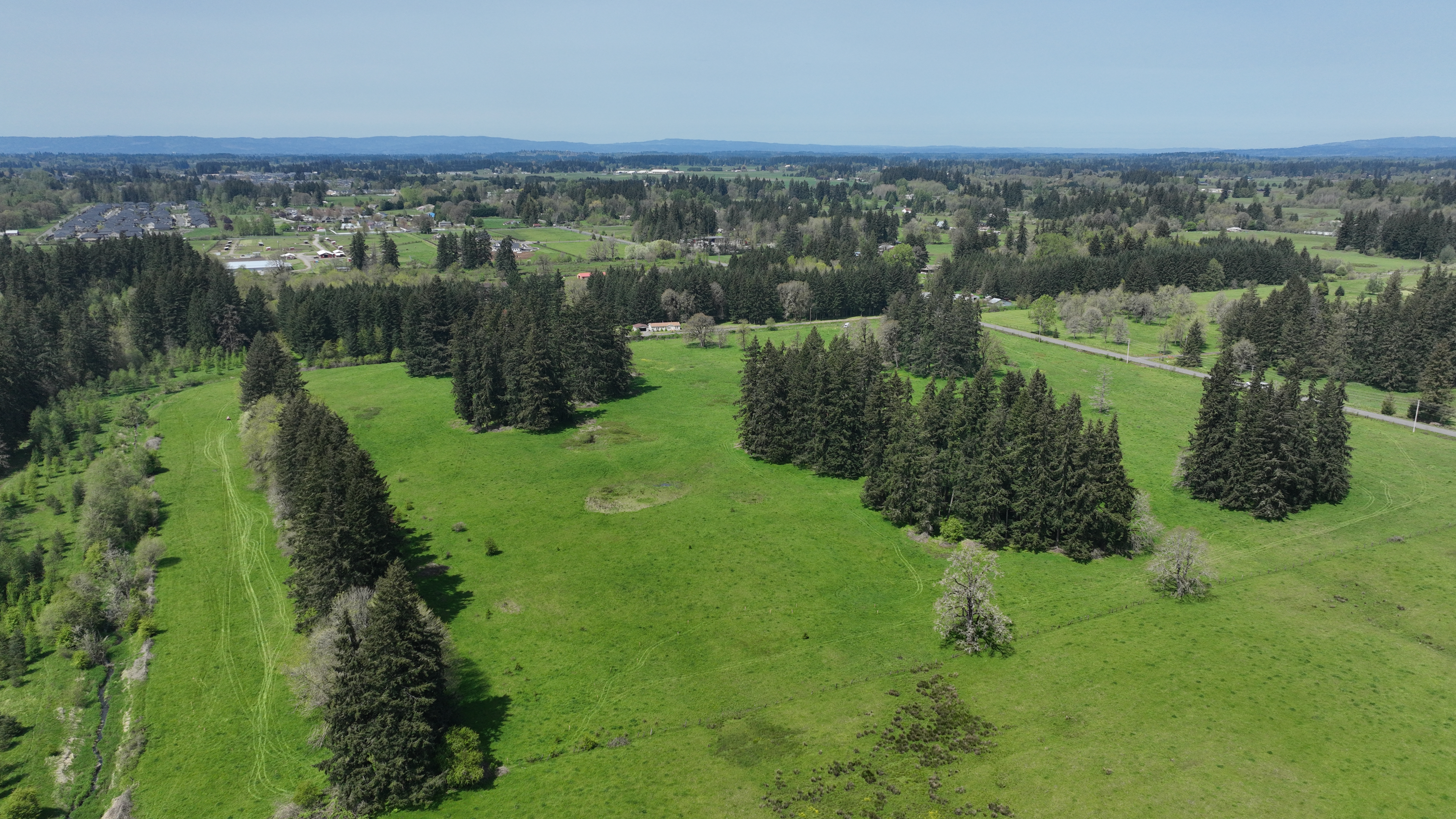 PROJECT BACKGROUND
Clark County Public Works is developing an 18-hole disc golf course at Hockinson Meadows Community Park, which is owned and maintained by Public Works’ Parks and Lands Division. The adopted 2015 Parks, Recreation & Open Space Plans identified disc golf as a recreational activity that was underserved in Clark County. The Parks and Lands Division partnered with community disc golf enthusiasts to identify locations for new courses and now to develop the course at Hockinson Meadows.

PROJECT DETAILS
The disc golf course will be constructed on a 40-acre parcel of park land that is separated from the existing developed park areas by an unnamed stream. To provide access to the course, a pedestrian bridge over the stream will be constructed as part of this project. The course has been designed to meet Professional Disc Golf Association standards, and each hole will include a tee pad, a hole marker, a basket and a bench. Trails throughout the course will consist of multiple surface types, connecting to the park’s existing trail system and adding 1.01 miles of trail to the park. A 225-square-foot shelter will also be constructed near the disc golf course and pedestrian bridge.

FUNDING
Funding is provided by real estate excise taxes and park impact fees. In addition, disc golf enthusiasts raised $3,500 through the Parks Foundation of Clark County to support the project.

PROJECT TIMELINE AND TRAFFIC IMPACTS
After an open bidding process, a contract was awarded to Tapani, Inc. for construction of the course. Construction is scheduled to begin in May 2022 and be completed by the end of September, weather permitting. Construction activities are not expected to significantly affect roadway traffic but may occasionally impact park users accessing the adjacent playground.

Hockinson Meadows Community Park's picnic shelter can be reserved for a $75 fee. 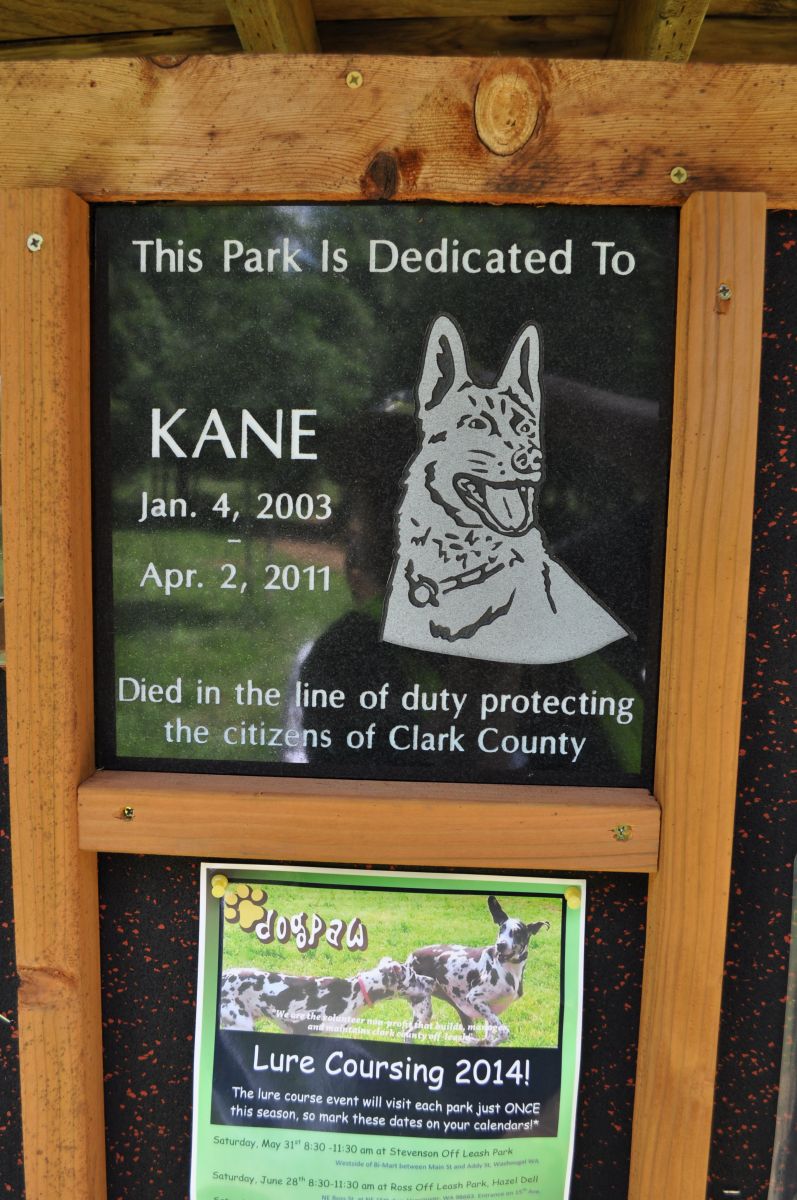 This 2.5-acre off-leash area is north of the balls fields in the northwest section of Hockinson Meadows Community Park. The dog park is fully fenced, with two doubled-gated entrances accessible from the parking lots. Dogs must be leashed while in the parking lot and in all other parts of the park outside the off-leash area.

The off-leash area features open and forested areas with generally flat terrain. There is no designated area for small dogs. A dog drinking fountain, located outside the off-leash area near the ball fields, is shut off during potentially freezing weather, typically mid-October through April.

The park is named in honor of Kane, a former Clark County Sheriff Office canine who was killed while tracking two suspects in April 2011.

Clark County has partnered with Dog Owners Group for Park Access in Washington, or DOGPAW, to help identify, develop and maintain off-leash areas. DOGPAW also collaborates with other agencies, including the Bonneville Power Administration, to develop dog parks.