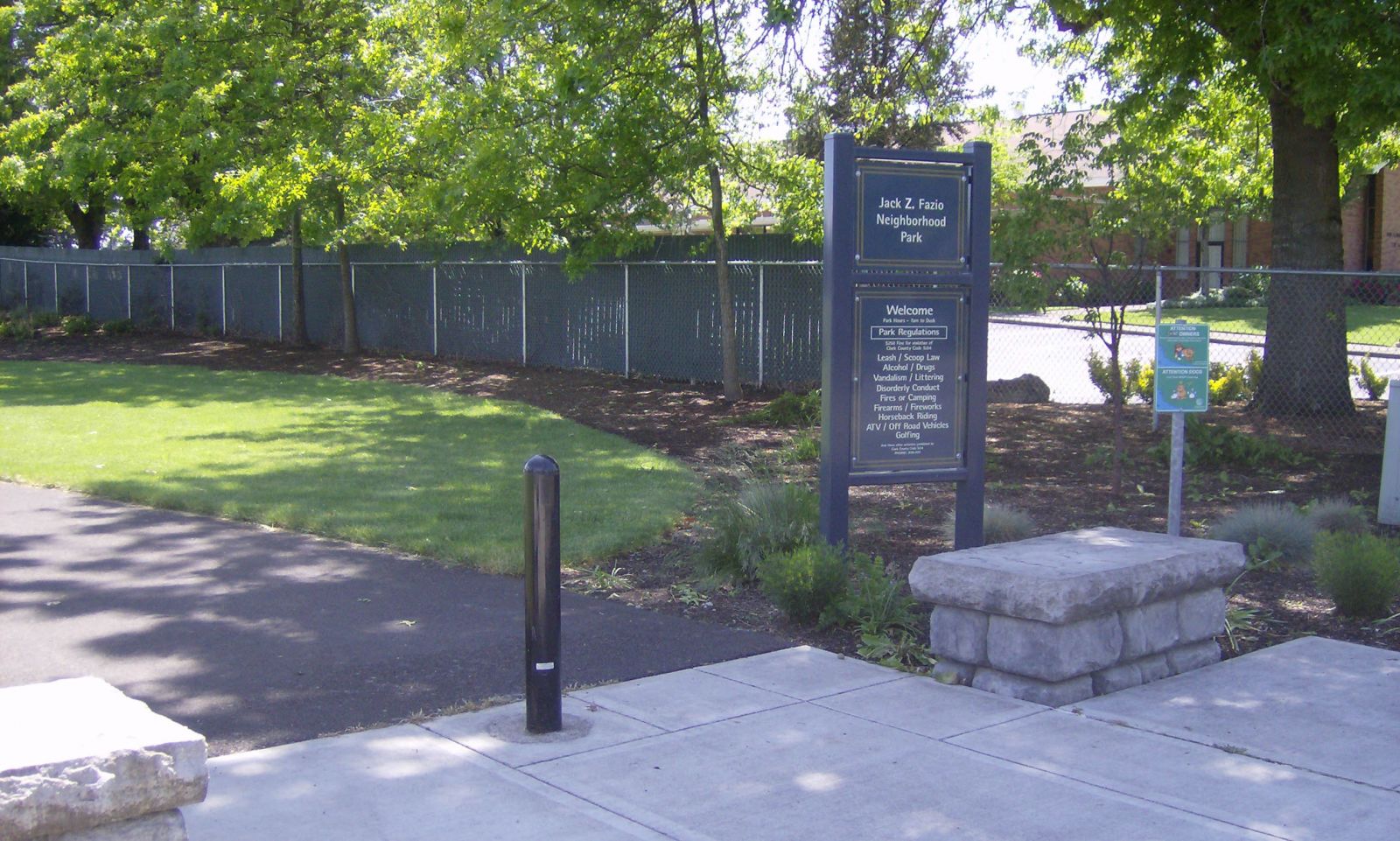 This 5.2-acre neighborhood park was developed in 2009 as part of the Greater Clark Parks District program.

Who was Jack Z. Fazio?

In May 2009, the Board of County Commissioners formally approved naming this park “Jack Z. Fazio Neighborhood Park” after neighbors voted in favor of the name change.

Jack Z. Fazio was born in Portland in 1935. His father and uncle bought farmland along Lower River Road in Vancouver in the early 1950s, which the family still owns and operates. In 1968, Jack and his three brothers purchased property on the southwest corner of Northwest 99th Street and 21st Avenue in Lakeshore. After selling a couple acres to The Church of Jesus Christ of Latter-day Saints, Jack built a house on the corner where he and his wife, Anita, raised their two children.

Jack and his brother, Richard, opened Fazio Brothers Sand Company on the family’s farm property on Northwest Lower River Road in 1975. The company is still in operation and provides sand and trucking services throughout the area.

According to his family, Jack was happy when they decided to sell the property next to his home in Lakeshore to the county for use as a park. Unfortunately, Jack passed away in 2007 and did not get to see the park developed.