Private bridges are where a private road or driveway crosses a river, stream or other waterway. 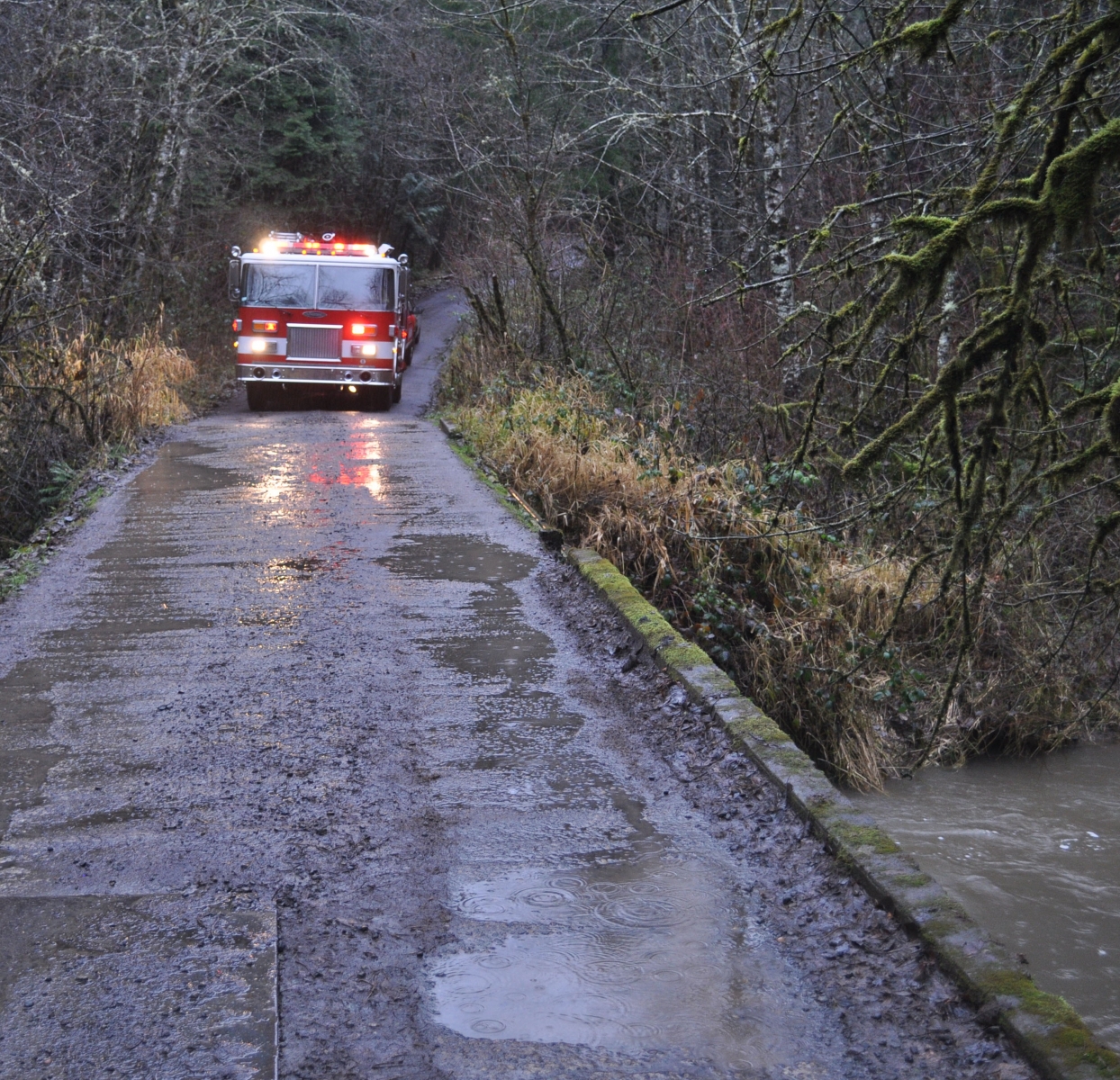 A fire engine at one end of a private bridge on Northeast 224th Street.

Many of these private bridges were built decades ago without permits, plan review and oversight. Some have never been inspected by a qualified engineer since their construction, and no documentation exists for how much weight, or “load,” they can handle.

Without information about a private bridge’s condition, fire districts might be reluctant to drive heavy vehicles across a private bridge. If responders do not cross a bridge, they will make every effort to reach the location, including carrying medical equipment or running hoses for extended distances.

This, in turn, adds critical delay to providing fire and medical response and increases the potential for more severe property damage and the possibility of more serious injury.

For an example of how private bridges can collapse under the weight of fire engine, watch news coverage of a January 2019 residential fire and bridge collapse in North Carolina.

In May 2012, the Board of County Commissioners approved amendments to Clark County code regarding private bridges.

County officials worked cooperatively with firefighters from local fire districts and representatives from private engineering and law firms to come up with a balanced approach.

For existing bridges, the standards require action only if additional homes or structures are built or new lots are created. In these cases, developers or home builders could choose to have the bridge inspected and upgraded or, alternatively, provide fire-resistant construction, such as building homes with fire sprinklers.

Clark County recommends that every private bridge be inspected by a qualified engineer every five years. However, if property owners and residents living near a private bridge decide not to have their crossing inspected and possibly upgraded, they need to understand this could affect response during a fire or medical emergency.

Clark County and local fire districts hosted a series of three open houses in different parts of the county in late January and early February 2012 to meet with residents and answer their questions. Prior to the open houses, Clark County sent an informational mailer to people living near a private bridge.