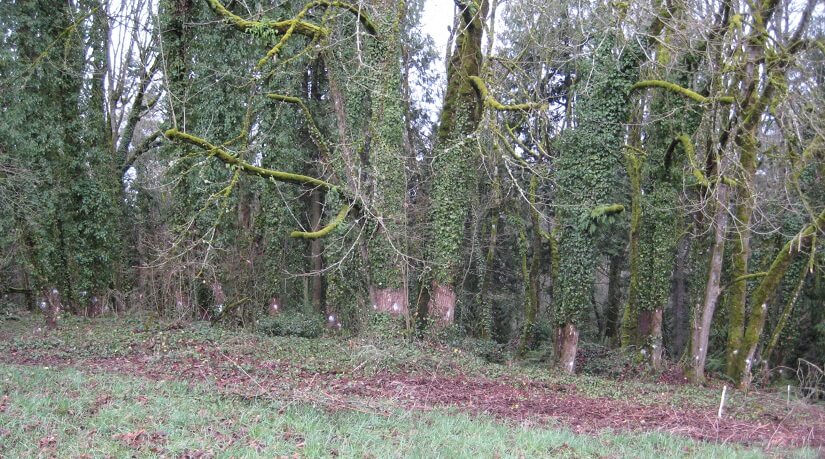 Design and construction of this park is on hold due to lack of funding. It is not known when work might resume.

This 4.5-acre park is located on Northeast 159th Street at Northeast 20th Avenue in the Fairgrounds neighborhood.

The site currently features trees and a small open grass area. Whipple Creek runs through the property along the northwest boundary and connects with the Whipple Creek Greenway to the north. Northwood Park Cemetery is across the creek on the northwest side of the park.

Because of environmentally sensitive and protected riparian and habitat areas in the park, only one acre can be developed without costly mitigation. 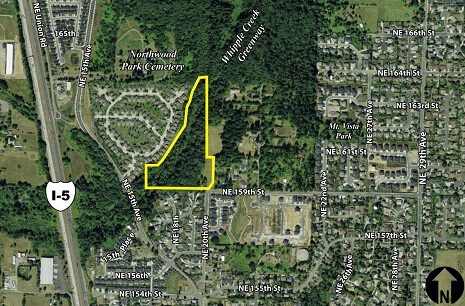 The approved draft concept plan, which was developed with input from park neighbors, includes:

Neighborhood parks are designed to be walk-to/bike-to parks for people who live within a half-mile radius. They are not meant to be major destination parks, attracting visitors from across the county. Accordingly, they do not have parking lots or restrooms, which are included in larger community or regional parks that draw people from far away.

The park is named after a one-time local service organization that no longer exists. The Salmon Creek Community Club originally purchased the property in 1958 for $1,800 after conducting a series of fundraising events in partnership with the Salmon Creek Grange, the Garden Club, the American Legion Auxiliary of Salmon Creek, St. John's Lutheran Church and Salmon Creek Methodist Church. The organization even went door-to-door to collect donations from neighbors.

For unknown reasons, the club never achieved its goal to plan, design and build a public park on the property. The club donated the land to Clark County in 1968, with the stipulation that it be used for a park.

Major decisions about what the park will look like and what features it will include were made during preliminary planning and design. Project staff relies on public input to help guide this process.

The first newsletter and comment form were mailed to neighbors living within walking distance of the park in February 2011.

Staff used the input received to develop a draft concept plan showing what the park might look like. This plan was presented to neighbors at a public meeting and posted online for review and input in April 2011.

The plan was then revised based on neighbors' input and mailed out and posted online for final review and feedback in late May 2011. The final draft plan was then presented to the Parks and Recreation Advisory Commission for approval at a public meeting in June 2011.

During the Great Recession, this project was put on hold. Final design, permitting and construction will not proceed until funding is available.

Design and construction of Kelley Meadows Neighborhood Park may be funded by a combination of: