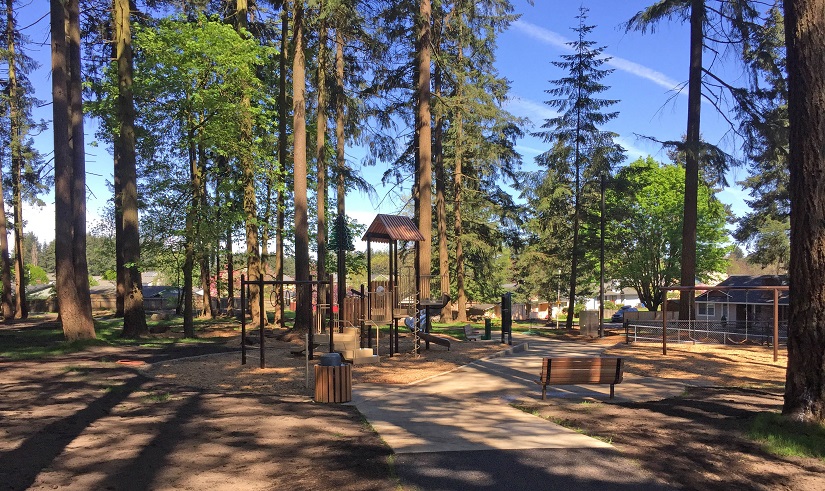 Tower Crest Neighborhood Park, near the end of construction in early 2017.

This 2.9-acre park was completed in 2017 as part of the Greater Clark Parks District.

The park features towering tees. A city of Vancouver water tower and city-owned property is southwest of the park.

Tower Crest is the name of an adjacent subdivision.

The draft concept plan (PDF) for the park included the following features: 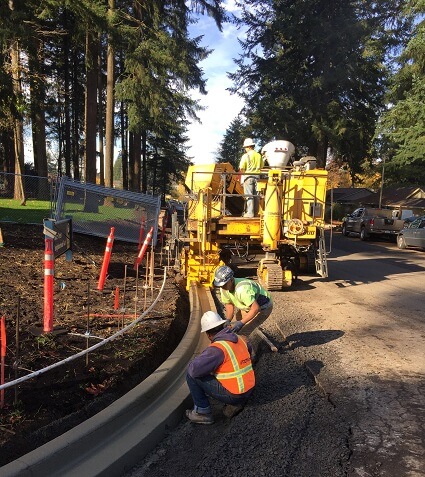 Neighborhood parks are designed to be walk-to/bike-to parks for people who live within a half-mile radius. They are not meant to be major destination parks, attracting visitors from across the county. Accordingly, they do not have parking lots or restrooms, which are included in larger community or regional parks that draw people from far away.

The first project newsletter and comment form was mailed to neighbors living within walking distance of this park in March 2010.

Staff used these comments to help develop a proposed conceptual development plan showing what this park might look like. This plan was presented to neighbors for input at a public meeting in May 2010 and posted online for additional input from those who couldn't attend the meeting.

An updated plan was mailed to neighbors for final review and input in late June 2010. The plan was presented to the Parks and Recreation Advisory Commission for approval at public meetings in August and September 2010. 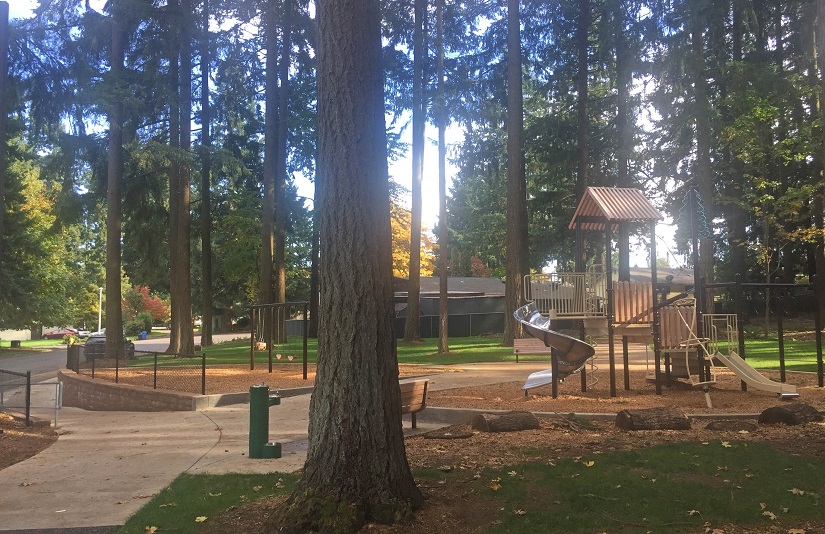