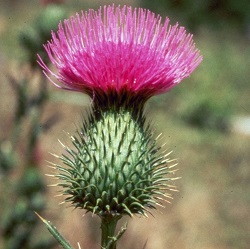 Why is bull thistle a problem?

It invades most disturbed habitats such as pastures, roadsides and ditch banks, and grows in dense thickets.

Bull thistle is an economic threat by reducing hay quality. 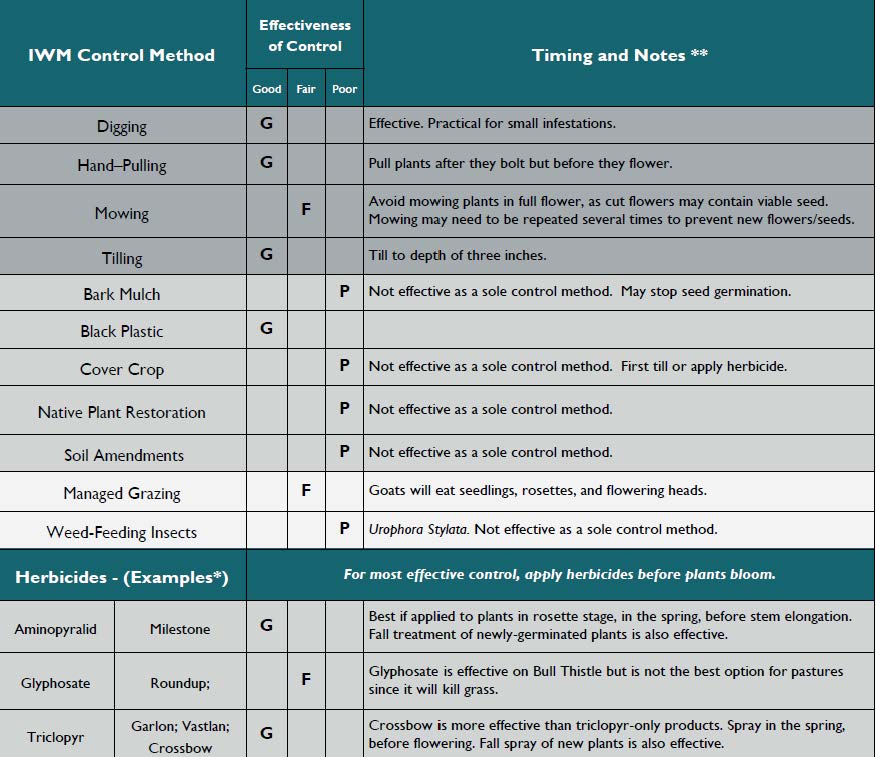 Bull thistle is a biennial herbaceous plant that grows three to seven feet tall with one branched, upright stem.

In its first year of growth, it forms a basal rosette, and grows an upright stem and bloom in the second year.

Flowerheads are numerous, and one and a half to two inches in diameter. Bracts at the base of flowerheads are spiny. Flowers are purple or rarely white and bloom July to September. Leaves are alternate and coarsely lobed. Each lobe has a spiny tip, and upper leaf surface is rough with bristle-like spines. Stems are spiny.