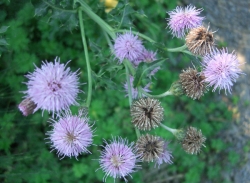 Why is Canada thistle a problem?

Canada thistle rapidly establishes and spreads quickly, replacing native plants. It grows in circular patches, spreading up to 10-12 feet in one season. It spreads quickly by rhizome and seed production. 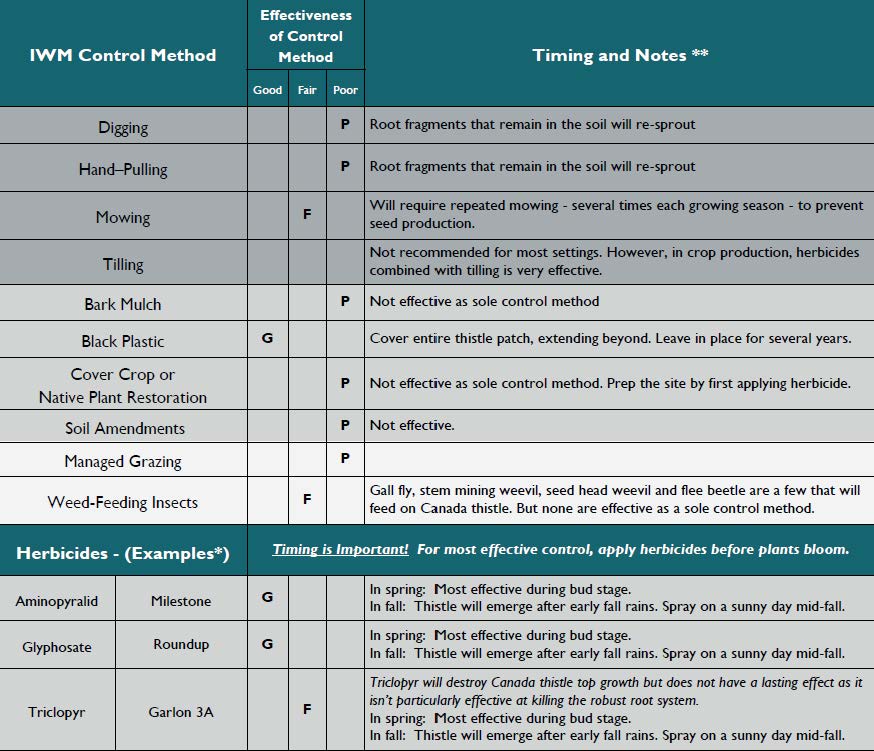 Canada thistle is a perennial herbaceous plant that is commonly found in pastures and croplands.

It grows two to five feet tall with slender grooved stems that branch out at the top. This plant spreads by rhizomes and seeds.

Flowers are purple-pink, in clusters one-half to three-quarters of an inch in diameter and bloom from June to October. Leaves are alternately arranged and lance-shaped to narrowly oval. Stems begin as a rosette and grow upright after two to four weeks.