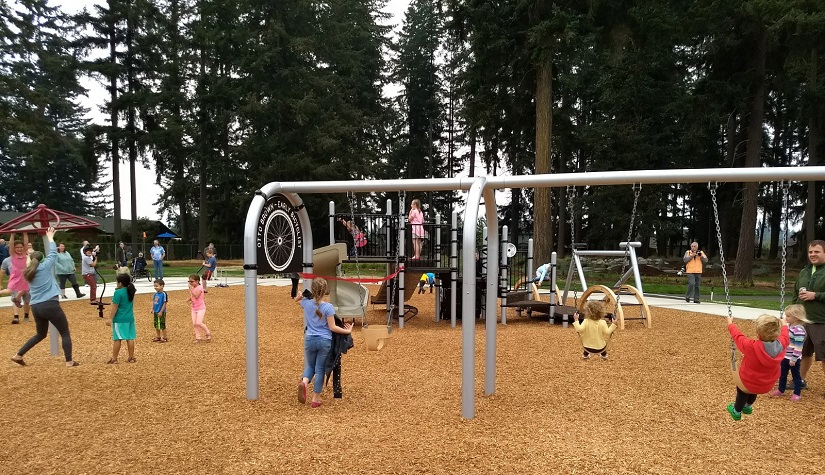 This 7.9-acre park is on the south side of Northeast 96th Street west of Northeast 162nd Avenue in the Heritage neighborhood.

A modest ribbon cutting was held at the park on Aug. 25, 2018. The park includes a paved perimeter path, a sports court, a nature play area, playground equipment, picnic tables, benches and other amenities. The park was designed with a natural theme that preserves the area's vegetation and overall character.

The project also rebuilt the southern half of Northeast 96th Street in front of the park with sidewalk, curb, gutter and new asphalt. 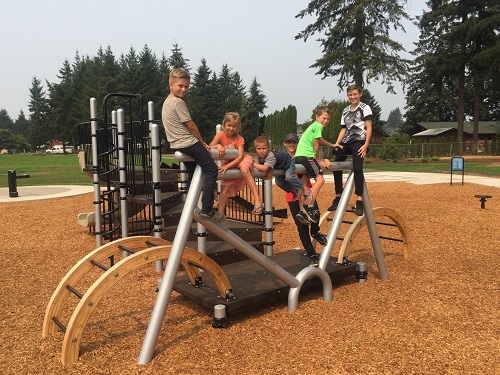 Who was Otto Brown?

Otto Alexander Brown was born in the Hockinson area, which was then known as “Eureka,” on May 25, 1878. He was the fourth child of Charles Junel Brown, who emigrated from Finland and was among the original pioneer settlers in the area.

In the 1890s, the national bicycle craze reached Clark County. According to accounts in several history books, young Otto built a bicycle almost entirely out of wood and rode it all the way from Hockinson into Vancouver for the city’s annual Fourth of July festivities.

The bicycle had tires made of rope and wheels turned on a horse-powered lathe. A Vancouver bicycle store owner was so impressed that he gave Otto a new bicycle in exchange for the wood one, which was displayed in the store’s front window for years.

Not surprisingly, Otto became a well-known and skilled carpenter in Clark County and was a member of the Carpenter’s Union 1715. He made furniture for local farm homes and shipped his work as far away as Astoria, Ore.

He married Amelia Stewart Dubois in 1902 and moved from Hockinson to Vancouver, where he lived until his death on December 18, 1967, at age 89. Otto and Amelia had no children. The couple are buried next to each other at Park Hill Cemetery in Vancouver.

In 2010, neighbors asked that this park be named in memory of Otto in recognition of his innovative work in making his own bicycle.​

Construction of Otto Brown Neighborhood Park was paid for using park impact fees, which are collected when new housing is built.