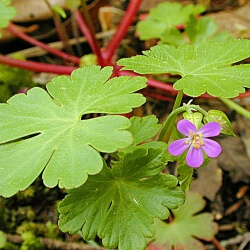 Why is shiny geranium a problem?

Shiny geranium is an aggressive quick-spreading invader introduced to the area as a garden ornamental. This plant easily displaces native vegetation and quickly takes over disturbed areas, causing damage to native ecosystems, as well as crop losses.

Shiny geranium reproduces by seed and spreads usually from late June to early July. Seeds form in capsules shaped like a long pointy “beak," which gives it the common name crane’s bill.

Seeds are forcefully ejected when ripe, helping to spread over larger areas and up hillsides. 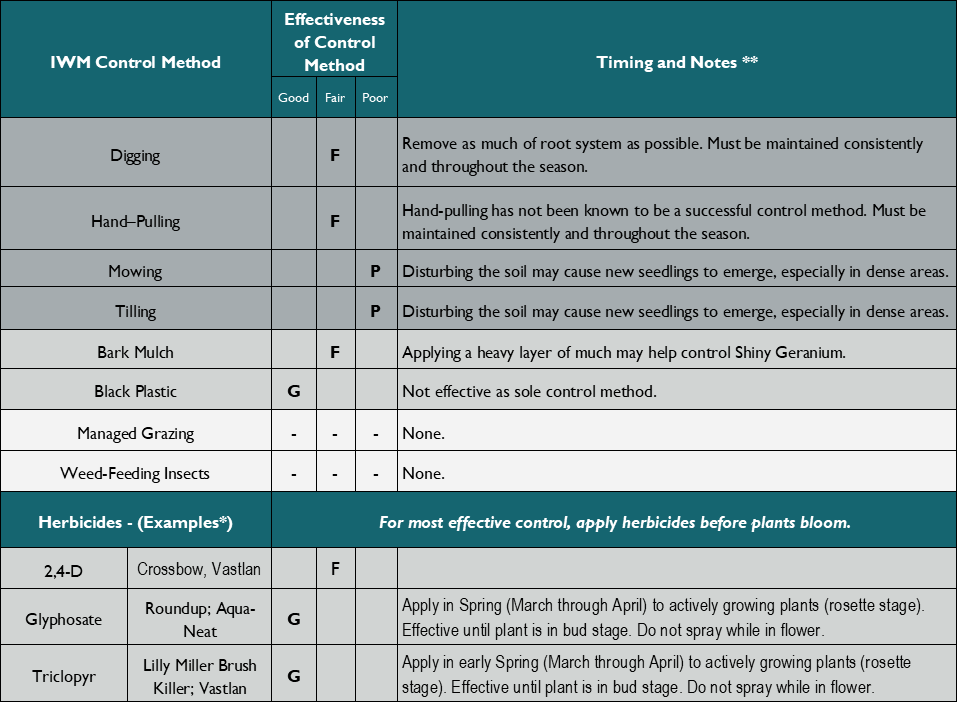 Shiny geranium is a low growing annual or biennial that has characteristic shiny leaves which are round to kidney-shaped with five to seven lobes each. Leaf lobes are each slightly lobed as well.

Small pink five-petaled flowers grow in pairs on small stems and flower from April-May to late July. Sepals (around the base of the flower) are keeled with noticeable cross-ribs.

Stems have a bright reddish tinge and are not hairy. The plant grows up to 20 inches tall.

Shiny geranium is most abundant in oak woodlands, open grasslands and forest openings. Although it does well in disturbed areas such as roadsides, it can also invade and overwhelm native habitat.