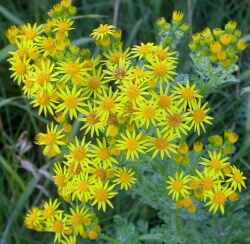 Why is tansy ragwort a problem?

Tansy ragwort is an invasive, toxic weed. When prevalent, tansy ragwort is one of the most common causes of poisoning in cattle and horses, which is typically caused by consumption of the weed found in pastures, hay or silage. Milk produced by affected cows and goats can contain toxins.

Livestock does not reject or avoid tansy ragwort in hay or silage, and the plant's poisonous alkaloids are unaffected by drying. Honey from tansy ragwort also contains the alkaloids.

The highest risk is after the plants have been cut or when mixed in with hay because the plants are not as bitter but just as toxic. 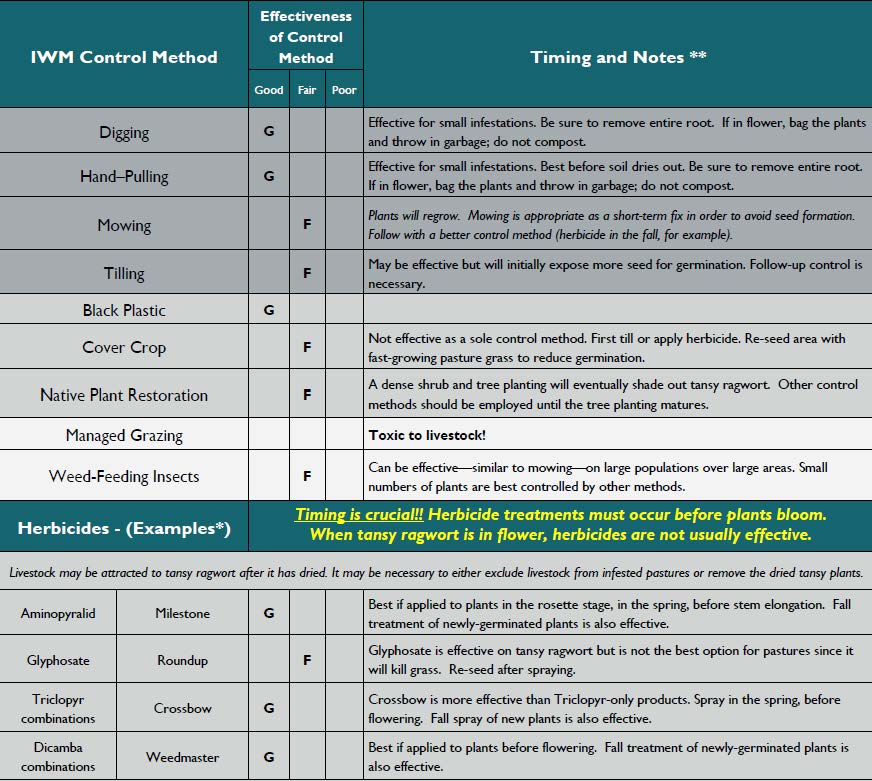 Tansy ragwort is a tap rooted biennial and sometimes a perennial herb that grows up to 4 feet tall. It produces flowerheads that are flat topped clusters. Flowerheads are yellow with many disk flowers and 13 ray flowers. Overall, flowerheads have a daisy-like appearance and bloom June to August.

Tansy ragwort spends the first year in the rosette stage with dark green basal leaves that appear ruffled. The leaf underside is somewhat hairy, and appears whitish. During the second year, one or several flowering stems bolt. The leaves found on the flowering stem are alternate and sessile.

Tansy ragwort is found on roadsides, in pastures, fields and cleared forested areas. Tansy ragwort usually reproduces by seed, although it can also reproduce vegetatively. A single large plant may produce 150,000 seeds, which can lie dormant in the soil for as long as 15 years.